Our greatest strength is our people. Every day Here Comes Solar team members bring their expertise and passion for expanding access to solar power to work. Interested in solar for your building or community? We’d love to hear from you! 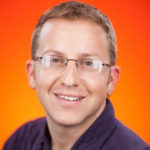 Noah joined Solar One in 2016, where he directs the Here Comes Solar program that seeks to spur the adoption of solar within NYC’s under-served market segments. From 2009-2011 Noah was a Solar Ombudsman at the City University of New York, working with the City to identify and address barriers to solar in NYC. In 2011 Noah moved to California to work as data analyst and technologist with leading solar startups including Sungevity, Sunrun and most recently OnGrid. While in California Noah volunteered as a Team Leader on more than 40 solar installations with GRID Alternatives, a non-profit solar installer that serves low-income homeowners, and earned his NABCEP PV installation certification in 2014. Noah is passionate about clean energy and the equitable distribution of its benefits within our society. Originally from Michigan, Noah moved to NYC in 2006 to complete a year of Americorps service, working as a mentor and tutor at a middle school in East Harlem. He completed his undergraduate degree in Renewable Energy at Hunter College and currently lives with his family in Washington Heights.

Angelica joined Solar One’s Here Comes Solar program in 2014 to coordinate the 1-4 family solar program. Angelica now managers Solar One’s resiliency programs (PV+energy storage). Angelica first got involved in renewable energy efforts at the University of Florida, where she helped start the Neutral Gator program to green the University’s athletics program and facilities. This project created energy reductions for low-income residents, which were then certified into carbon offsets that were applied to football games and other campus sporting events in order to make them carbon neutral. She then moved to New York to become involved with larger-scale urban green energy projects, first working on Con Edison’s energy efficiency programs for small businesses and later transitioning to small-scale solar energy installations in 2011. 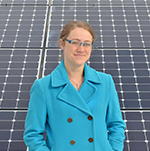 Anika Wistar-Jones has been making solar accessible to low-income New Yorkers since joining Solar One in 2016. She joined Solar One’s Here Comes Solar team after working in the environmental movement throughout New York and New England. As a grassroots organizer with Environment America she led campaigns against climate change and fracking, and in the political realm, she organized campaigns for Senator Markey in Massachusetts and Senator Murphy in Connecticut and worked for Senator Sanders in his Washington, DC office. More recently, she’s helped grow mission-driven solar and energy efficiency start ups in Vermont and New York. Born and raised in Vermont, Anika attended the United World College in Duino, Italy, and Middlebury College in Middlebury, VT, where she got her start in the environmental movement. When she’s not at Solar One, Anika can be found hiking in the woods, dancing in the streets, or getting lost in far-off places. She is passionate about environmental justice and the color blue. 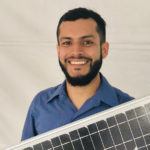 José joined Solar One in the spring of 2019 to assist with project management and develop solar research. He is culminating his doctoral studies in Public and Urban Policy at The New School for Public Engagement. His dissertation focuses on the intersection of environmental justice, workforce development, and the green economy. José holds two master’s degrees, one in public and urban policy and one environmental law and policy. He brings over a decade of expertise in sustainability planning, small business development, community organizing, and political engagement.  José enjoys nature, meditation, martial arts, dancing, food, and new friends and adventures. He is creative, community-oriented, and extremely passionate about the work that he does at Solar One. 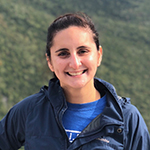 Gretchen joined Solar One in 2019 to assist with the Community Solar Program, and help develop it’s initiatives to make solar available in low to moderate income communities and renters. Prior to joining Solar One, Gretchen worked as a residential solar project manager for 3 years. Her interest in solar and the environment comes from her educational background at Marist College where she studied Environmental Policy and had the opportunity to spend a semester abroad in Costa Rica to study the nation’s efforts to achieve carbon neutrality. In her free time, Gretchen enjoys hiking in the Hudson Valley, reading, and playing rugby. 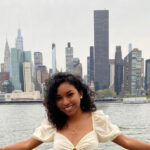 Anapaula recently completed her undergraduate degree at Hunter College where she majored in Environmental Studies and minored in Africana/Puerto Rican Latino Studies. Her interest in environmental studies sparked when she took a trip to her hometown, Lima, Peru, and witnessed the health and environmental impacts of the city’s poor air quality on society. Before joining Solar One, she worked at an elementary afterschool program as a STEM specialist. She likes to crochet and searches for new Funko Pops during her free time to complete her Marvel collection. 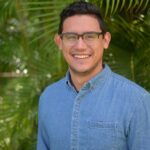 Bruno is a Bilingual Solar Associate with the Resilient Solar Team of HCS leading the Barrio Solar Campaign and a Queens native with Latin roots. Bruno has extensive experience in case management as a Program Manager for the YMCA of Greater New York. In 2014 after two years with the YMCA he arrived in the Dominican Republic to be sworn in as a Healthy Communities (HC) Extensionist Peace Corps Volunteer. As a Peace Corps Volunteer Brunco served along the Dominican-Haitian border where he found his passion for responsible sustainability. After twenty- nine months of service in Peace Corps, Bruno worked with a small NGO based out of Atlanta, Georgia called World Water Relief. He holds a B.A. in Economics from SUNY Purchase College. 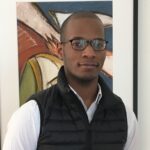 Lawrence joined Solar One’s Here Comes Solar Program to provide solar consultation and procurement assistance to affordable housing providers in and around New York City. Lawrence is a lifelong New Yorker originally from Jamaica, Queens, and currently lives in Crown Heights, Brooklyn. Prior to Solar One, Lawrence worked at the Community Innovators Lab at MIT where he focused on advancing community economic development initiatives and participatory planning processes in the neighborhoods of Central and East Brooklyn. Lawrence developed his interest of solar and renewable energy adoption in NYC while working at the Natural Resources Defense Council on federal and regional clean energy policies and taking on membership leadership positions at We Act for Environmental Justice, where he worked to advance the Northern Manhattan Climate Action Plan. He completed his BA in International Studies from the City College of New York and his MS in City and Regional Planning from Pratt Institute. Outside of Solar One, you can find Lawrence biking around Brooklyn and exploring new places, watching the English Premier League matches and NBA games, or exploring alternative and indigenous ways of building sustainable structures. 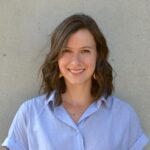 Kate Selden is a Program Manager in Solar One’s Affordable Solar Program where she helps affordable housing providers bring clean, affordable energy to their tenants, buildings and communities. Prior to working at Solar One, Kate worked in affordable housing development at Los Sures, a community-based organization in North Brooklyn where she was responsible for rehabilitation and new construction projects. She has also worked as an environmental educator, at a design/build garden company, and as an urban planning consultant for a variety of research and community engagement projects around New York City. Kate completed her MS in City and Regional Planning at Pratt Institute where she focused on sustainable and equitable environmental systems and integrating placed-based urban planning curriculum into public schools. She is passionate about popular education, advancing a just transition, and transforming the urban ecosystem to be more inclusive, equitable and democratic. When not working, Kate tends to be outside as much as possible, running, hiking, gardening, learning about her community and celebrating the changing seasons. 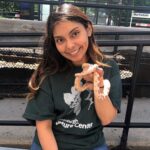 Daisy joined Solar One’s Here Comes Solar Program to help bring affordable renewable energy to low-income communities. Prior to Solar One, Daisy worked as a Data Analyst, Sustainability Graduate Student Assistant, Environmental Educator and Wetland Team Researcher at NYSDEC on a pioneering study of a recently identified Atlantic Coast Leopard Frog.  Daisy was born and raised in Queens, but currently resides in New Jersey. She holds a B.S in Biology from Ramapo College of New Jersey and her M.A. in Environmental Policy from Pace University with a focus on renewable energy, accidental wetlands conservation and sustainable management practices. She is passionate about climate resilience, wetlands, the environment and living more sustainability. In her free time, you can find Daisy reading, traveling, hiking and spending quality time with her teacup yorkie, Ollie. 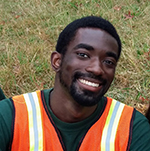 Patrick Owusu joined Solar One’s Here Comes Solar program in 2019 to ensure low income housing residents know that green energy alternatives are not only available, but affordable and accessible. Patrick is a born and raised New Yorker from Washington Heights and a graduate from Brooklyn College, obtaining a B.S. in Earth and Environmental Sciences. While in school, he found a passion for fighting to improve New York City’s environment in ways great and small.  Whether it was a campaign calling to keep NY fracking free (2014), organizing waterside cleanups, or helping New Yorkers understand how to dispose of household waste with DSNY (2017-2018), his track record shows a mind geared towards a sustainable future. For the times that Patrick isn’t deftly working to further his career, you can find him at the gym, at a downtown bar, hosting a home-brewed D&D session, or relaxing in a park; contemplating the world with a smile. 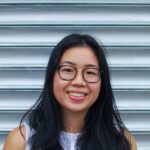 Michelle (she/her) joined Solar One in 2021 to support project development of some of New York City’s first solar + storage projects. She is a Brooklyn native and brings experience in community development, stakeholder engagement, and urban policy. Prior to joining Solar One, she was a Fulbright Scholar to Brazil and worked on mass timber market development at the U.S. Forest Service. She has also worked on several urban sustainability initiatives at NYC Parks and DSNY. She holds a BS in Sustainable Community Development from the University of Massachusetts-Amherst. 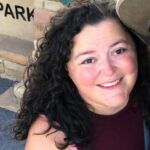 Alex joined Solar One in 2022 as the Operations Analyst for Here Comes Solar. She streamlines processes and tools to help Here Comes Solar increase its impact. Alex has a BFA from RIT, an MS from the University of Rochester, and spent the last ten years working with student organization operations in higher education. When not in the office, Alex enjoys weightlifting, traveling, spending time with her family, and finding new ways to make her own home more sustainable. 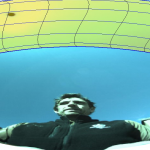 Mike joined Solar One in 2015. His background in carpentry, restoration, electrical systems, materials and environmental sustainability led him to his passion for solar energy. He was introduced to NYC Solar through the installation of a solar system at his own self-managed co-op where he took an active role in the PV interconnection and metering arrangement of the building’s electricity. Mike continued to explore the world of solar technology and policy and loves his role advancing New Yorkers’ abilities to generate clean energy and contribute to New York City’s electrical generation and distribution system. At Solar one, Mike traverses the City to analyze buildings for solar feasibility and consults on a variety of projects, providing technical expertise on topics ranging from solar energy system design to creative metering and distribution of solar energy credits in order to maximize savings for Here Comes Solar program participants. Mike lives in Sunset Park, Brooklyn with his family.

Richard served five years as an Aviation Electrician in the US Navy before earning a BS in Geographic Information Science from the University of Wisconsin. He joined the solar power industry in 2008, working on approximately 140 commercial, industrial and residential PV projects in roles ranging from installer to construction manager. In 2013, he moved to New York City to study for a MS in Construction Management at NYU. While studying, he led the design and construction of four PV systems in Brooklyn and Queens for a local developer. Richard joined the Solar One team early in 2016 and has been working primarily on the New York Rising Community Reconstruction Solar & Battery Backup project as a technical advisor and system designer.